This #1 mistake in sales could be the cause of untold number of broken marriages, financial stress and skinny kids.

But could you be making this sales mistake that’s limiting the size of your bank account?

… and how to turn it around so you start bringing in those big paychecks.

I guarantee it’ll be an ‘Aha’ moment for you!

Speaker 1: Right, because it has been a norm in all the sales organization where people are trained to focus on the results. Okay. You must be hitting this quota, every single key page based on the quota that we’re going to be hitting. Right. If you’re not hitting the quarter. You are best salesperson, you are not performing. You have bad attitude, your lazy days and stuff. Things got hurled.

Speaker 2: Okay, Aaron, as your marketer, I know we’ve brought in tens of thousands of people into your webinars and you’ve personally coach like, I don’t know how many people, but a lot of people in sales. Well, what do you see as, is the number one mistake that people make in sales?

Speaker 1: And why do people still focus on it?

Speaker 2: Thank you so much for watching our video. Just a quick interruption to remind you, if you are watching this on YouTube to like and subscribe and check out all our other videos on the channel. And if you’re checking out this video on our blog post, make sure you check out all the other blog posts on our website. So thank you so much. And back to the rest of the video. No idea.

Speaker 1: Of that process that I’ve been through.

Speaker 2: Yeah. So you focus on having a healthy life, healthy diet and healthy sleep and exercise. You have a much, much better chance of getting a six pack.

Speaker 1: Well, to a certain extent, right. Healthy life is a goal that we it’s a it’s a journey. It’s a goal that people want to go. But how do you want to have a healthy life? So it comes down to processes. So if you bring it down to the activism process that they can do to have a healthy life, for instance, if you go to a supermarket, if you want to be able to have a healthy life and to show a six pack because the goal is to reduce the fat in order to show your muscle definition, you can do sit up for ten years and you won’t have any muscle definition is because your fat is covering it. So in order to do that, you must reduce the fat, right? So in order to reduce the fat, you must eat healthily. So in order for you to eat healthy, the goal is to have that. Then you go to supermarket. So some of the processes that I do, I won’t walk towards any snack aisle, I won’t walk to any candy aisle, so I avoid all that. So that is the process that you go to when you go to a supermarket. Don’t take the trolley, take the small thing so it can buy just enough stuff that’s going to be heavy for you so you won’t feel like you want to eat more stuff inside. So this are the process that can implement into place. And most of the time people forget about this and they focus on the results and therefore a lot of people are unsuccessful due to the fact that they’re focusing on the wrong things or I want to become successful, but they’re not willing to do the job or they are not focusing on the process and they think about it. Dreams are free, goals have a cost. So are you willing to pay the price to reach the goal?

Speaker 2: Yeah. Yeah. And I mean, using the the fitness analogy is like a lot of people will say, yeah, I want a six pack at the start of the year. They go to gym for two or three months at the start of the year and then it doesn’t work. They give up, but you know, they don’t understand that it’s actually a whole process they need to continuously work on in order to get the result. Similar to smells, right? It’s a process you continuously refine and keep improving on. Right?

Speaker 1: Exactly. If you want to get good in sales or any other thing, the fact that you want to do is all the process, all the hatchet I have to go through, nobody sales, nobody sees. Getting six packs is easy. And that is why when people get six packs, right? Isn’t it a value that you get? That’s five. Six packs are so valuable. That’s why a fit body is so valuable because of all the hardships that we go through to do it. So being good in sales, why, when you’re good in sales, people tend to want to deal with you and give you bigger deals because they value that your time. Good. That that at the sales because it takes a lot of hard work to get there. And for me to be good here today, I have to spend so much time researching on my own learning and investing on myself, you know, going to mastermind things that people tell me my mom would tell me they don’t understand, Hey, you know, why do you have to go and invest 20, 30, 40,000 on certain people? They were going to scare me for your money, but they don’t understand it. That’s the process that we have to go through and willing to do it right. So when you go through the process, just like going to the gym, that analogy, that fitness one, now if you focus on the process that you need to do, let’s say for every single day you want to do, I just want to complete 50 sit ups, no matter if it’s a good formula or I want to complete 50 sit ups with good form. Mm hmm. Right. That is my process that I want to go through, and I incorporate it into my calendar, into my schedule, into my to do list. And every single time, a block of time for it, I can almost guarantee you if you never fail to do it. Not by motivation, because I don’t believe in motivation. Only belief in discipline. All right. If you have the discipline to continue on, even though it’s a bad day, that’s a discipline. I don’t care how I feel. I go into it. That’s the discipline. You focus on doing that. You will get the results of a byproduct as a byproduct of that particular process. And that’s the realization that I have, right? That makes me change everything that I do in terms of breaking out due process and focusing on the process that I need to do. And if you keep on focusing on the process that need to do, they will be certain results that will show you don’t even have to chase the result. The result will come to you. And that’s how counter intuitive it is. And many people are focusing on the wrong things. I want to I want to get fit. I want to get slim. I want to get to 20 kgs. But they’re not focusing on the process.

Speaker 2: Hmm. So true. So true. That’s a good paradigm shift for salespeople to take into account.

Speaker 1: Let’s look at successful people and what they do learn about their processes. Talk to a couple of people.

Speaker 2: Yeah. Other people have done it before. Why reinvent the wheel, right? Yep.

Speaker 1: And they’re not smarter people than you. Yeah. They’re not putting people in me. I’m not smart. I’m a C+ student. 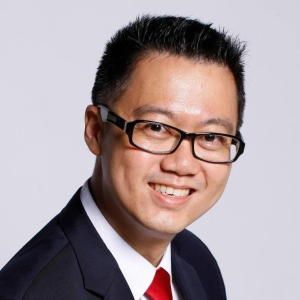